Tim Waples, Director of Doosan Industrial Vehicle UK, said: “We are thrilled that our innovative G2 engine has received industry recognition with this FLTA award, particularly as it was via a public vote so has clearly struck a chord with people.

“We believe the G2 is a shining example of the applied research and development capability within the Doosan Group and shows Korean innovation at its best. Instead of trying to modify an existing engine to comply with new regulations, our designers made a completely new engine that reduces emissions so much that a particulates filter is no longer needed.

“As well as being great for the environment this also reduces costs for end users by minimising maintenance and removing the hassle – and operation downtime – associated with filter clogging.”

Other key features include a highly efficient and maintenance-free diesel oxidation catalyst (DOC) to remove the soluble organic element of the particulate matter in the engine and an after-treatment system greatly reduces nitrogen oxides and particulate matter emissions. Even the shape of the piston and ring-pack were redesigned to minimise particulates from unburned oil. 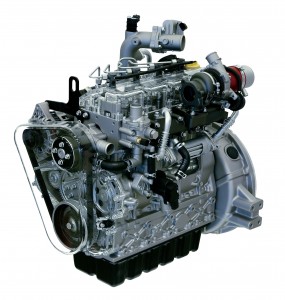